Cheers to Anderson Valley for Forty Years as An AVA

“The early eighties marked the time when fine wine began to be appreciated throughout the U.S.and California growing areas were beginning to get the respect usually reserved for old world wine growing areas. While still young in our wine production phases and counting only seven local wineries, Anderson Valley joined many other “budding” wine areas in becoming an officially recognized Agricultural Viticulture Area (AVA). A lot has happened since then.” 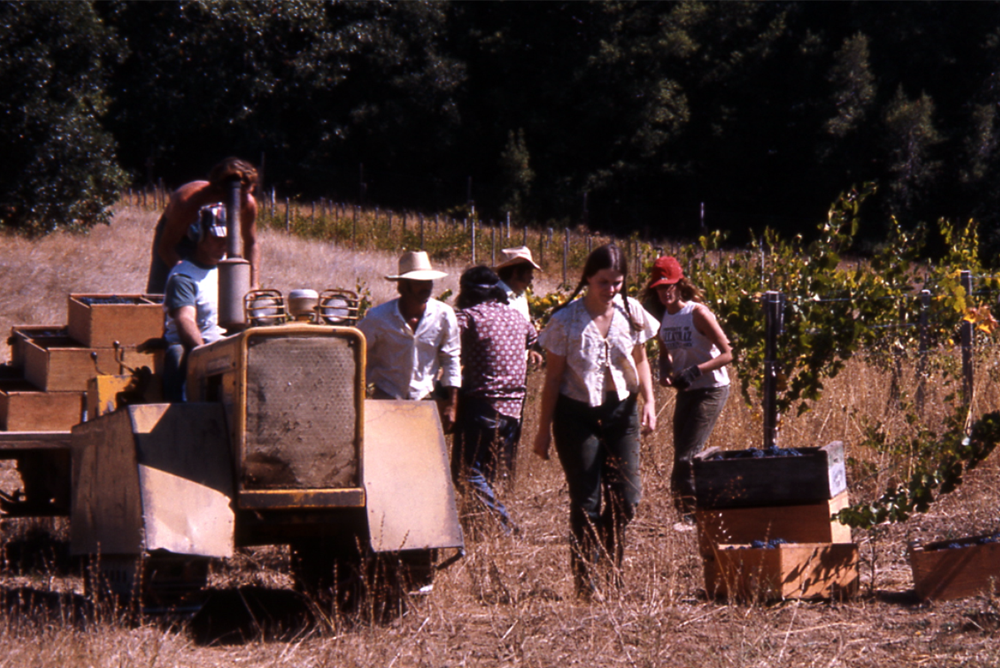 1983 was a year that saw the United States invading Grenada, the Mario Bros. being introduced as a Nintendo arcade game in Japan, and the first mobile phones introduced by Motorola. Christmas time saw Cabbage Patch Dolls as the rage gift for kids, but an IRA bomb outside Harrods and a massive robbery at Heathrow put the UK on edge. The last MASH episode aired and, with a change to little-known ARPANET to use what was called the Internet Protocol, the modern Internet was born.

In cinemas, films like “Valley Girl,” “Staying Alive,” “Trading Places,” “Flashdance” and “The Year of Living Dangerously” spun fluff, comedy and thrills, while on TV “Dallas” and “Dynasty” ruled the evening soaps and “Cagney & Lacey” represented a new kind of police team.

In Anderson Valley, wineries involved in petitioning for AVA recognition were Edmeades, Husch Vineyards, Navarro Vineyards, Lazy Creek Vineyard, Greenwood Ridge, and Larry Parson Vineyard (Pepperwood Springs), and noted sixteen vineyards and 582 acres under vine. Plantings were Chardonnay and aromatic whites like Riesling and Gewürztraminer and Husch had developed the Knoll Vineyard with Pinot Noir (est. 1971), signaling the first inclination that the Burgundian grape would be successful in Anderson Valley. John Scharffenberger made the first appellation sparkling in 1981 from grapes sourced from Valley Foothills & Wiley Vineyard.

Pat Daniels, a 43 year veteran with Navarro Vineyards who helped with the AVA application, remembers the appellation petition being a collegial endeavor thanks to all of the growers who took part, with notable efforts made by growers like Pat Summers who owned a vineyard in Boonville. The Anderson Valley Winegrowers Association (AVWA) was formed by this group. “When we first designed the logo, all of the single grapes were either a winery or an independent vineyard who joined the AVWA when the appellation was formed.”

Another fun fact with the appellation process is that then Husch winemaker Hugo Oswald (the uncle of current owners Zac Robinson & Amanda Holstine) — an enthusiastic recent grad out of Davis – was a driver in the group with his idealistic ideas for the appellation. They still have the table in the Husch Guest House where, according to Hugo, the appellation papers were finalized and signed. 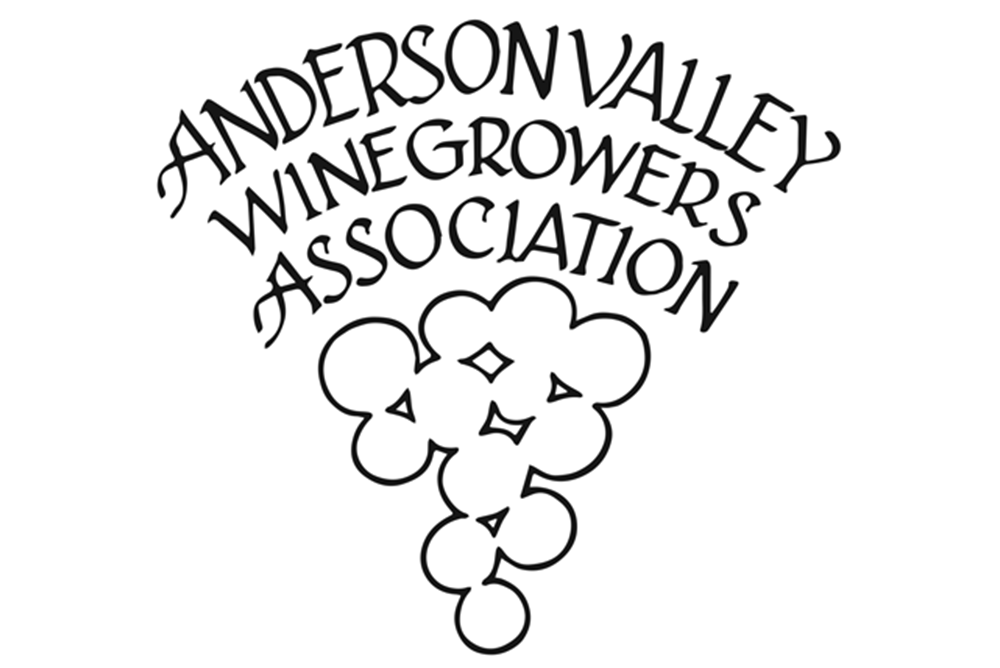 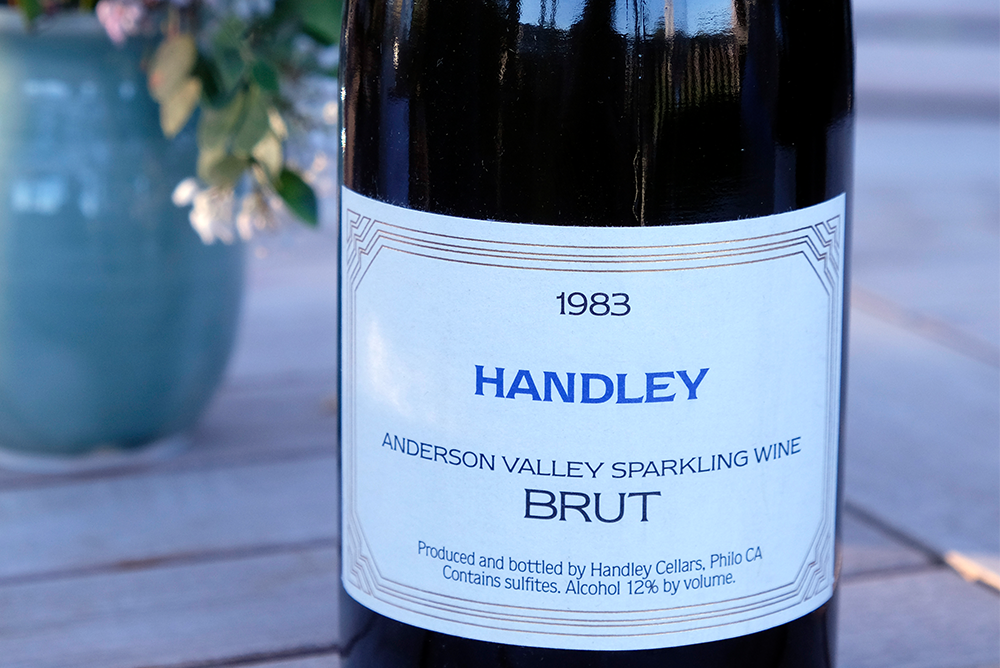 Edmeades, Greenwood Ridge and Lazy Creek have since found homes in larger wine families like Jackson Family Wines, Foley Family and Ferrari Carano, continuing their AV legacies. The other wineries putting it on the line in 1983 are still in existence, but now wineries in the Anderson Valley number over 30, and those producers that source Anderson Valley fruit to include within their wine portfolios range from around 80-100 producers, with over 2500 acres under cultivation.

The Valley now has three annual events and has grown significantly as a tourism and culinary destination (White Wine in February, Pinot Noir Festival in May and Harvest Tidrick in November). The Anderson Valley designation on a label means quality built on a history of slow growth and dedicated vineyard management and family integrity. The Valley is still not easy to get to, has a secret language born from a desire to retain rural anonymity and enjoys flying a bit under the radar (Boontling). The wines are notable, the winemakers & proprietors sincere and the charm of forty years ago remains undiminished. Anderson Valley simply is the way wine country used to be. 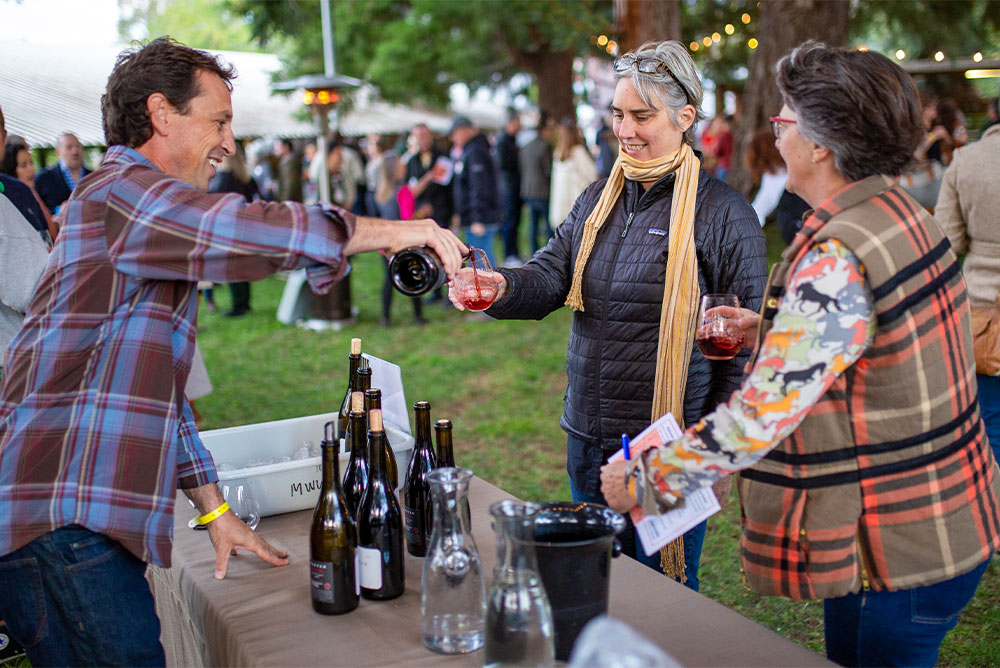 Get Updates On The Happenings In Anderson Valley!